Blog - Latest News
You are here: Home / Yoga Blog / Yoga Blogs / Is yoga only for women? Here’s a look at the common misconception and b...

If we take a closer look at the people following the art of yoga, we find more women yogis than men. Though men are opening up to the idea of yoga, we don’t find many men in the yoga classes. On exploring further, it was found that the reason a lot of men refrain from pursuing yoga is that they perceive yoga as a softer way of workout which doesn’t go with their masculine image.

Many men believe that only weight training and cardio at Gym will make them build muscle and strong. Sadly, they have no idea what yoga can do for men. Quite contrary to their belief, yoga can be followed by anyone irrespective of the gender. Also, yoga might appear as a softer way of workout but, yoga has much more to it than what meets your eyes! Even yoga has complex poses which can give even challenge the masculine men and give them a run for their money.

Yoga can work wonders to the tight and large muscles that men have. It also improves other aspects such as boosting the immunity, reducing stress, and curing insomnia.

Traditionally, men are hard- wired to workout hard, play sports, and be competitive as it helps them become strong. All that is ok but, it won’t harm to loosen up a bit, pause, notice and understand. At times, you need to slow down to experience the process otherwise it is all rush and run. The way you exercise also affects your lifestyle hence, it is important to strike a balance between fast and slow.

Here’s a look at some of the best yoga poses for men that will suit their temperament and bodies:

The Malasana is nothing but simple squatting. Earlier, people were used to squatting but, with change in lifestyle, the squatting becomes problematic for some and requires practice to perform the asana well. It is a beginner level Hatha Yoga asana which should be practices in morning on an empty stomach by holding the asana for 60 seconds.

The asana is named after the Mythical warrior from Indian Mythology known as Virbhadra. It is a beginner level Vinyasa yoga asana which should be held on each leg for at least 20 seconds.

The standing forward bend is an intense asana which requires stretching. It is an intermediate level Hatha Yoga asana wherein you need to place the head below your heart. The pose should be practiced in morning for at least 15-30 seconds.

The Locust pose is nothing but a backbend which should be included in the yoga session. The beginner level Vinyasa yoga should be practiced in the morning with clean bowel and empty stomach. The pose should be held for at least 30-60 seconds.

The reclined hand to big toe is a pose which helps in improving the overall mental and physical health. It is a beginner level Iyengar pose which should be held for at least 30 seconds.

It is basically a handstand wherein you are supposed to bear the weight of your body on your hands. It is an advanced level Hatha Yoga asana which should be held for a minimum of 1- 3 minutes.

Thus, making these 6 asanas a part of your workout routine will bring positive physical and mental changes and transform your lifestyle.

If you are convinced enough to take the path of yoga and explore deeper layers of yoga, the Yoga Teacher Training in Dharamsala at Mahi Yoga is the place for you.

Pack your bags for a life-changing experience with the 200-hour training course amidst tranquil surroundings. A promising future awaits you as the course will enable you to make a career as yoga tutor across the globe.

Has Insomnia got the better of you? Here’s how Yoga can help you in getting your beauty sleep. 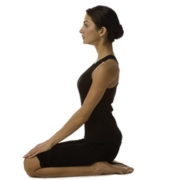 Pranayama
7 effective yoga asanas that will boost your brain power