Supernormal Powers Come With Birth Or Are Attained Through Herbs, Incantations, Austerities Or Concentration. In our yoga teacher training in India at Mahi Yoga, we have discussed this pure science of yoga. Next week we will talk about in same with our Rishikesh and Kerala.

Super normal powers arising at the time of changing the bodily frame show themselves with birth. By herbs, as for example with chemicals in an Asura’s (demon’s) abode, medicinal powers are acquired. By Mantras or incantations, powers like flying or reducing one’s size are attained. By practicing Tapas or austerities, Power of fulfillment of wishes, e.g. going to any wished-for place etc., is acquired. The powers attainable through concentration have been explained before (1).

Some of the super normal powers mentioned before have been known to have been acquired without Yogic concentration. With some, the powers manifest themselves with birth, i.e. with the process of being embodied in a particular way. For example, powers of clairvoyance or of thought-reading have been found to be produced by particular dispositions. These have nothing to do with Yoga. Similarly, as a consequence of being incarnated in a celestial body as a result of virtuous deeds, the super normal powers associated with such forms also appear.

Herbs also induce super normal powers. Some in a state of stupor through the application of anesthetics like chloroform etc. acquire the power of going out of the body. It has also been reported that by the application of hemlock all over the body similar power is acquired. Witches were supposed to practice this method. The commentator has mentioned about the Adobe of demons but nobody knows where it is, but it is certain that super normal powers on a small scale can be acquired by the application of drugs. Through competence acquired in a previous birth by constant repletion of mantras and by consequent well-developed will, insignificant powers like mesmerism etc. may appear in the present life.

Similarly, by practicing severe austerities, superior power can be acquired. On account of intensive will-power developed thereby, changes might take place in the body which would conduce to fructifying the virtuous latent impression of an antecedent life. This is how super normal powers can be attained without 300 hour YTTC. The power manifested from birth etc. are the result of karmasaya or latencies made fruitful or effective through causes like birth, medicine, incantations etc. 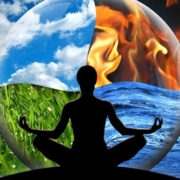 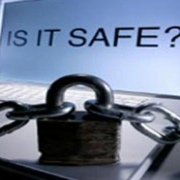